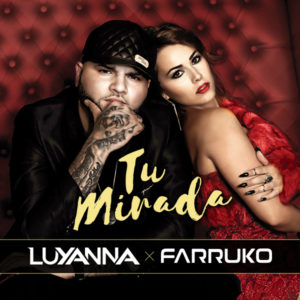 LUYANNA, which means « THE FALLING RAIN » in Native American, was born in January 1989.

Raised in Europe with Lusitanian origins, she immersed herself in the Native American and Latin music since her more tender childhood. Really passionate by the history and the culture of the Indian Americans, Luyanna wanted to give a tribute and feel herself more closer of them everyday.

After been graduate, she went to the famous professional school « Studio International des Arts de la Scène » in Paris.  Where she learned how to Sing, Dance, including acting classes and Musical comedy.

Early 2010, she signed her first record contract with the Producers «FAOUZE & FABRICE» who thinks that Luyanna could be the next sensation singer. In 2011, she was the opening singer for LUCENZO’s concert. In the mean time, she has been invited as a guest by the Brazilian Girls Band «BRAZIAMOR» to play in her first Video clip « BAILA BAILA » in Saint Martin. She also had an exceptional meeting with the king of Reggeatton «DON OMAR».

Singer and Songwriter, Luyanna works with several Artists worldwide. She recorded her first duet « MENINO BONITO » in Portugniol & French with the Venezuelan band « CHINO & NACHO », on one of their famous song « NIÑA BONITA » which has been hit #1 in the Latin American Charts.

In June 2012, Luyanna was in Miami, Florida for the shooting of the video clip « MENINO BONITO ».

October 27, 2012 Luyanna was in Tahiti, French Polynesia for the shooting of the first two singles from the album «AMOR AMOR & LATINA » Directed by Vincent Egret.

Her sweet and warm voice should charmed the Pop & Latin fans all around the world.
Be aware « LUYANNA » is the Latin Bomba of 2013…