Anthony Thomas Ntumba, aka MastaGaan born November 11, 1994 (24 years old) is a talented Swedish emerging music producer / artist / dj. At the age of 10, MastaGaan discovered his passion for music. This is when he learns how to sing, to rap and to play guitar and piano. Since then, he has been working on tracks in his studio. His musical influences come from Avicii and Kygo. “Koti Ko” is his first official single, an excellent track with a good summer atmosphere. It is co-written by Andreas Stone Johansson. His music has sold more than 25 million physical copies worldwide. Andreas is also the co-author of the Swedish contribution to the Eurovision Song Contest 2019 “Too late to love”.
MastaGaan is now more than ready to step into the limelight of the music world. 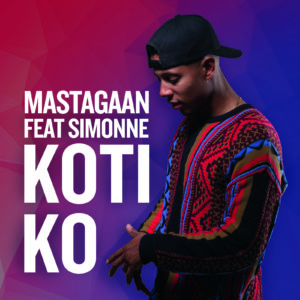 Music lover and passionate about music, his father gives him his first guitar at the age of eight, thus opening the door to the world of music. Consumed by the thirst for learning, MastaGaan quickly discovered a songwriting talent. He works hard to acquire his first computer and his first keyboard, he then locks himself in his room and composes, always under the watchful eye of his Pygmalion. In January MastaGaan composes in his room the beat of KOTI KO, his father hears the melody and sings him “WATCH OUT WHATCH OUT KOTI KO” which is a Congolese dance that the artist “WERASSON” popularized 20 years ago.

In January MastaGaan composes in his room the beat of KOTI KO, his father hears the melody and sings him WATCH UP WHATCH UP KOTI KOTIKO which is a Congolese dance that the artist “WERASSON” popularized 20 years ago.

They will call Andreas, who is an author, to consolidate the lyrics. Then it is only the featuring which is missing. It is then that the idea of ​​integrating a young artist: Simonne is proposed. They record and the result is KOTI KO.

MastaGaan’s father contacts a friend, who found an orphanage in Uganda, for a collaboration. Indeed, there is in the orphanage a group of children aged from 2 to 17 years old who dance, they are the MASAKA KIDS AFRICA. Using donations via social networks, he posts on YouTube the choreographies of these orphans who accumulate more than 25 million views. Hearing KOTI KO the children grab the title and decide to shoot a video starring MASTAGAAN & SIMONNE as children. Put online in May 2019, the success is dazzling: 5 million views in one month and a global buzz, indeed more than 50 web radios (USA, India, England, Europe, Africa, Russia, etc.) relay the video.

Faouze Barkati, co-creator alongside Fabrice Toigo of the world’s hit Danza Kuduro, receives a KOTI KO clip via a DJ friend. He immediately discovers the potential of this future international hit. Yanis Records makes contact with MastaGaan to collaborate together. The title is already a phenomenon bringing the label in direct competition with the major companies in the world music industry. Thanks to the perseverance MASTAGAAN DJ PRODUCER & YANIS RECORDS join forces.